Worthington Industries Board of Directors Implements Board Transition Plan

COLUMBUS, Ohio – January 5, 2023 — The board of directors of Worthington Industries, Inc. (NYSE: WOR), a leading industrial manufacturing company, today announced the appointment of John H. McConnell II, Worthington’s vice president, Global Business Development, Sustainable Energy Solutions, to Worthington’s board of directors, effective immediately, increasing the board to 12 members. John P. McConnell, executive chairman, intends to step down from the board in June 2023 in alignment with the Company’s fiscal year-end.

“I am pleased to welcome John H. to the board of directors,” said Worthington’s Executive Chairman John P. McConnell. “This is a natural opportunity for a transition given the pending separation of our Steel Processing business. I am proud of all we have accomplished since I joined Worthington nearly 50 years ago and believe now is the right time for me to pass the baton to the next generation. I look forward to remaining a meaningful, long-term shareholder of both New Worthington and Worthington Steel, and watching the continued success of both companies.”

John H. McConnell II said, “I am honored to join the board, and to continue my father and my grandfather’s nearly 70-year legacy of operating Worthington based on a people-first Philosophy, rooted in the Golden Rule, focused on driving shareholder value.” McConnell II continued, “The opportunity ahead for Worthington is bright, especially as we embark on our Worthington 2024 plan, and I am excited to be a part of it.”

Worthington President and Chief Executive Officer Andy Rose said, “John H. has been a valued member of the Worthington team for many years, including in his current role spearheading our growing Sustainable Energy Solutions business unit. He has attended board meetings for the last couple of years, and his intimate knowledge of the Company and passion for our business and Philosophy, will serve us well.”

Rose continued, “I would also like to extend my deepest gratitude to John P. for his many years of service. During his nearly 50-year tenure with the Company and more than 30 years on the board, John P. has been instrumental in making Worthington what it is today.  He has mentored me throughout my 15 years with the Company and we remain committed to upholding his legacy. We wish him all the best when he moves on to his next chapter."

McConnell II joined Worthington Industries in 2000 and has served in several capacities across the Company, including Corporate Communications, Transformation and Commercial roles. As a transformation analyst, he helped drive continuous improvement efforts across Worthington’s Steel Processing business. McConnell left Worthington in 2012 to join the Columbus Blue Jackets (NHL), where he focused on marketing outreach and partnership activation. There, he also co-chaired the NHL All-Star Events Committee and was an amateur and professional talent scout. McConnell also worked for U.S. Congresswoman Deborah Pryce as the constituent office coordinator and for Ohio State Senator Kevin Coughlin, including Coughlin’s re-election campaign as a campaign field coordinator.

McConnell II returned to Worthington in 2014 as product manager of life support technology with commercial responsibility for Worthington’s SCBA (self-contained breathing apparatus) cylinders used in military and aerospace applications, as well as firefighters and first responders. In 2019, he was promoted to business director of North American High Pressure Vessels, that included Type III cylinders for the automotive and aerospace markets.

McConnell II is the grandson of the late John H. McConnell, founder of Worthington Industries and the Columbus Blue Jackets. He has a strong interest in supporting veteran issues and community development, serving on the National Veterans Memorial and Museum, Columbus Zoo and Aquarium and the Cohesion Foundation boards.  He has a bachelor’s degree and Master of Business Administration from The Ohio State University and resides in Columbus, Ohio with his wife and their two children.

John P. McConnell began his career at Worthington Industries in 1975 as a general laborer in the Louisville, Ky. steel plant. He also worked as a sales representative for two of Worthington's divisions. McConnell served as corporate personnel director and has been instrumental in administering the Company's highly recognized employee-based policies. He was appointed vice president and general manager of the Company's largest steel facility in Columbus, Ohio in 1985.

Headquartered in Columbus, Ohio, Worthington operates 52 facilities in 15 states and nine countries, sells into over 90 countries and employs approximately 9,500 people. Founded in 1955, the Company follows a people-first philosophy with earning money for its shareholders as its first corporate goal. Relentlessly finding new ways to drive progress and transform, Worthington is committed to providing better solutions for customers and bettering the communities where it operates by reducing waste, supporting community-based non-profits and developing the next generations of makers.

Safe Harbor Statement
Worthington Industries wishes to take advantage of the Safe Harbor provisions included in the Private Securities Litigation Reform Act of 1995 (the “Act"). Statements by Worthington Industries which are not historical information constitute "forward looking statements" within the meaning of the Act. All forward-looking statements are subject to risks and uncertainties which could cause actual results to differ from those projected. Factors that could cause actual results to differ materially include risks, uncertainties and impacts described from time to time in Worthington Industries’ filings with the Securities and Exchange Commission, including those related to COVID-19 and the various actions taken in connection therewith, which could also heighten other risks. 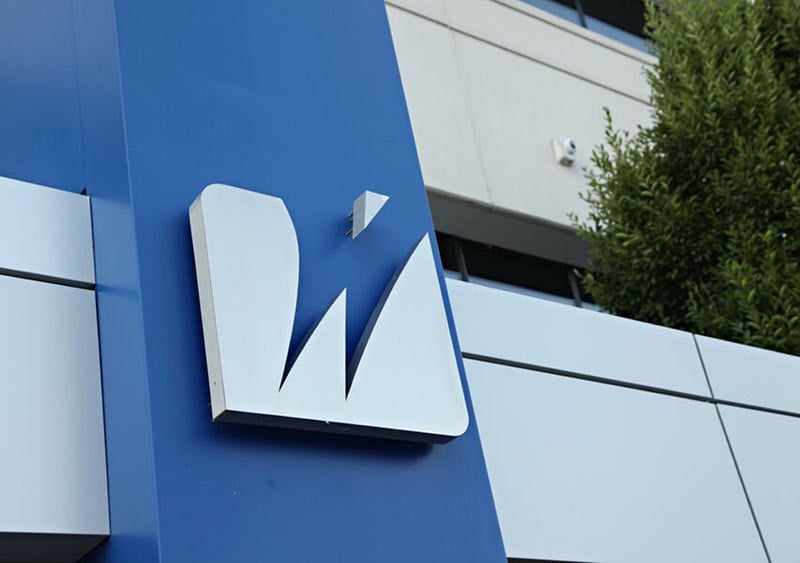